Larsen & Toubro announces $437mn of projects in India and Oman 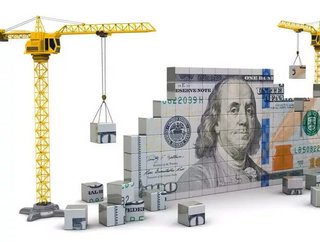 Indian engineering and construction giant Larsen &amp; Toubro (L&amp;T) has revealed a healthy project pipeline which has been boosted by work won in Om...

Indian engineering and construction giant Larsen & Toubro (L&T) has revealed a healthy project pipeline which has been boosted by work won in Oman and its home country.

Totalling $437mn, the contract in the Oman involves mechanical, electrical and plumbing services, structural work and architectural finishing. The buildings in question are related to the Middle Eastern country’s tourism sector.

In India, L&T has won a contract from the governing authorities in the southern state of Andhra Pradesh to build a new government office building in what will become the tallest such build in the country.

In a statement, the company said: “The project has to its credit of being the first Steel Diagrid project in India, the first project in combination with Automatic Climbing Formwork System (ACFS) & Diagrid and will be the tallest government office building in India.”

Larsen & Toubro is an Indian multinational engaged in technology, engineering, construction, manufacturing and financial services with over $18bn in annual revenue. Its work spans across 30 countries and dates back eight decades.

This latest series of orders joins a pipeline of work won in June which includes, among other projects, the development of a safe water supply for 307 villages in the eastern state of Odisha.