Minnesota United have been granted permission to build a new stadium 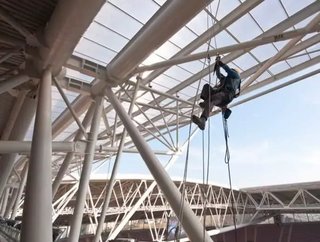 Third time lucky, Minnesota United have finally been granted the approval to construct a new stadium after gaining significant tax exemptions. With a ca...

Third time lucky, Minnesota United have finally been granted the approval to construct a new stadium after gaining significant tax exemptions. With a capacity of 19,916 fans, which could rise to 22,000, the stadium has been designed with fans in mind, with seats situated 125 feet from the pitch. Designs have also allowed the ability for further expansion works in future.

100 percent privately funded, the all-natural grass stadium will span 346,000 square feet and harness a 360-degree canopy. However, not only utilised for significant shading, the canopy will provide increased noise reduction, in addition to a polymer mesh rain screen. The grass will remain in shape through the implementation of a climate control system, which will ensure the stadium is available for use 365 days a year.

Construction works could be set to be underway at the end of June, with plans to complete before the 2019 Major League Soccer Season, according to the Star Tribune.

To ensure spectators are provided world-class facilities, a distributed antenna system has been incorporated, which will enable fans to utilise social media whilst at the game and promote the team’s efforts. Travelling from Midway Stadium will also be situated in the midst of bus, rail and highway access routes.

With over $3 million in tax savings with regards to construction materials, in addition to over $100,000 per year on property taxes upon completion, locals predict that there will now be a significant boom in construction works within the region. Through grants, St Paul city, the capital of Minnesota, will also be covering the vast infrastructure costs, which incorporate mains works, parking and landscaping works.

“There’s a number of parties involved in accomplishing this entire redevelopment above and beyond just the stadium,” Team owner Bill McGuire said.

“It includes the Port Authority, obviously, the city of St. Paul and Metro Transit, which are involved with the bus barn site. RK Midway that owns the property in several different parcels that have different kinds of financing or no financing on them, and then Irgens development out of Milwaukee, who’s come forward and wants to be principally involved in developing the site.

‘‘It’s really just a matter of bringing all those things together.