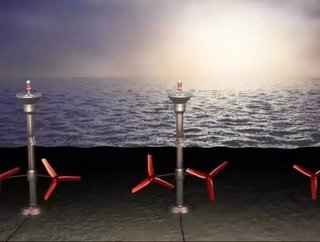 A 100MW scheme has been proposed for Northern Ireland and will be submitting its marine license in the summer. The $570m Fair Head Tidal Energy Park is...

A 100MW scheme has been proposed for Northern Ireland and will be submitting its marine license in the summer. The $570m Fair Head Tidal Energy Park is being developed by a joint venture between Cork-based DP Energy and Belgium’s Bluepower. It would be installed in the north-east of the province, off the coast of north Antrim, and is expected to generate enough electricity to provide for the needs of around 70,000 households.

It’s now completed 95% of the survey work needed to support its planning application for seabed turbines.

This is bolstered by the completion of other onshore and offshore surveys, including visits to potential cable landfall sites and a campaign of tidal measurements over the winter months.

“Talks have also progressed positively with government agencies, regulators and the grid owners with regards to accessing available capacity in the Ballycastle area for grid connection,” says Ms McGrath.

This is good news for tidal energy in the UK as a government review has been ordered into the feasibility of the Swansea Lagoon project. The project has planning permission but isn’t viable until it can finish up subsidy discussions with the government.

Energy Minister Lord Bourne said: "Tidal lagoons on this scale are an exciting, but as yet an untested technology. I want to better understand whether tidal lagoons can be cost-effective, and what their impact on bills will be — both today and in the longer term.

"This review will help give us that clarity so we can determine what role tidal lagoons could have as part of our plans to provide secure, clean and affordable energy for families and businesses across the country."

The situation in England and Wales contrasts with Scotland, where the world’s biggest tidal scheme is nearing completion off the coast of Land’s End at Pentland Firth. The $1.5bn MeyGen project, which began construction in 2014, will use 269 underwater turbines to produce 400MW of electricity.