Plans for the Turkish Stream are put back in motion 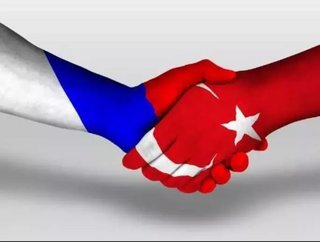 As a result of restored relations, Russia and Turkey are now discussing continuing work on the Turkish stream, which will involve the construction of tw...

As a result of restored relations, Russia and Turkey are now discussing continuing work on the Turkish stream, which will involve the construction of two lines. One will supply gas to Europe; the other will be for “European customers, consumers from southwestern European countries”, Russian Energy Minister Alexander Novak has said.

The line will be built to transport gas from Russia to Turkey, with the lines laid under the Black Sea.

Chris Weafer, a Senior Adviser at Macro-Advisory in Moscow said, “The Turkish Stream would be a big revenue earner for Turkey and could possibly open up the possibility of building the delayed Samsun-Ceyhan oil pipeline, which was planned to ease congestion in the Bosporus, and also draw Turkey closer to improving trade and investment in the Eurasia Economic Union.”

After speaking with Minister of Economy of Turkey Nihat Zeybekci, Novak continued, “We touched upon all issues relating to the development of our trade and economic cooperation, key issues of social cooperation related to the energy field.”

However, he added, “if the cost of transit exceeds statements of our Ukrainian colleagues, it will affect cost of transporting and the end price for Turkish customers. Therefore, Turkey is interested in direct gas transit, bypassing other transit countries. Thus, the Turkish Stream provides one thread of 15.75 bln cubic meters of gas Turkish consumers."