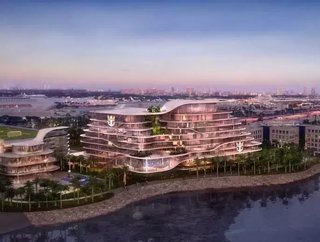 Upon completion in 2024, the HOK-designed project will help the company nearly double its workforce with a 350,000 sq. ft, 10-storey building echoing the lines of a RCL ship. The $300 million project is being built at PortMiami and set to become Miami’s first true corporate campus.

Brad Meltzer, President, Plaza Construction, commented: “Plaza has been building iconic buildings in Miami since 2002 and is pleased to include Royal Caribbean in its portfolio.”

Last November, RCL opened a new 170,000 sq. ft terminal at the port, which will allow the cruise line to increase the number of passengers it serves each year from 750,000 to more than two million. RCL currently has around 15% of the Port of Miami's traffic.