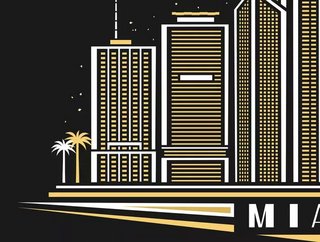 Investigations into sudden collapse of 12-story condominium in Miami to focus on column integrity, sinking, drainage and reclamation

Investigations are continuing into the collapse of a 12-storey building in Miami's Champlain Towers South sea-view condo development on Thursday.

A total of 55 of the 136 condos in the South Tower building collapsed, and there are 159 people unaccounted.

The building was in "ok shape and just starting repairs to upgrade", according to the Herald.

The Champlain Towers East Condo Association recently hired an engineer to develop specifications for electrical and structural changes needed to obtain the recertification, a requirement of Miami-Dade County but had not yet started construction.

“They were well into the review with the engineer about the project,” Kenneth Direktor, an attorney with the law firm Becker who has represented the association for the last five years, was quoted as saying.

What we don't know

The precise cause. Speculation has centred on central pillars which could have compromised the building's structural integrity, and subsidence rate, with the building's location on reclaimed land.

Shimon Wdowinski, a professor with Florida International University's Institute of Environment, told CNN he determined in a study last year that the Champlain Towers South condo showed signs of sinking in the 1990s.

The condo had a "subsidence" rate of about 2mms a year from 1993 to 1999, according to his study, first reported by USA Today; perhaps of more interest to engineers would be how much the rate has increased in the subsequent 20 years - and even then, would that be enough to collapse a building? What was the building's more recent history, with regards to renovations, MEP or other work?

Latest reports indicate a survey on the block three years ago found a major error which affected drainage and waterproofing.

Some structural engineers have suggested spalling - when part of the surface breaks or chips, which may or may not have been a contributory factor.

It is puzzling why a 40-year-old building should collapse so spectacularly. Investigators will need to determine if the cause of the collapse was unique to Surfside or has implications for the construction and facilities management of every condominium nationwide.

The rescue mission has been hampered by a persistent, deep fire which firefighters have struggled to contain.

Florida remains under a state of emergency after Gov. Ron DeSantis issued an executive order Thursday night to provide assistance for the families impacted by the collapse of Champlain Towers in Surfside.

The Federal Emergency Management Agency (FEMA) announced federal emergency aid has been made available to the state of Florida to supplement state and local recovery efforts to the emergency conditions resulting from the collapse. The declaration allows all necessary resources to be diverted to the area including law enforcement and other emergency personnel, the order said.

The US industry doesn't normally find itself under state, national and international scrutiny, so it will want to harness a team of experts quickly to identify causes and action plans. Assembling data, records and testimonies in the aftermath of major incidents can be complex, as well as determining causes and responsibility, as the UK's Grenfell Tower inquiry illustrates.

The US Government plans to spend about $1 trillion over the next eight years rebuilding roads, airports and broadband network.