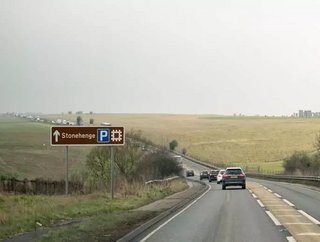 The controversial plans to tunnel near ancient UK landmark Stonehenge will enter a new phase of consultation, with amended proposals to be put before th...

The controversial plans to tunnel near ancient UK landmark Stonehenge will enter a new phase of consultation, with amended proposals to be put before the public and other stakeholders.

Approval for the A303 scheme was granted in September 2017 but faced bitter competition from the archaeological community, who claim it will undermine the monument.

However, Highways England says its new proposals will allay these concerns and not deter from the appeal of the 6,500-acre World Heritage Site.

Derek Parody, Highways England Project Director for the A303 Stonehenge scheme, commented: “We had a great response to our earlier consultation and have acted on the feedback. We now want to get people’s views on our proposed changes to our original consultation.

“The further feedback we get will allow us to make sure we have got the best scheme before we make our application later this year to build the scheme.

According to the AA, the current 35-mile single-carriageway stretch of the road adds an hour onto journey times, something which would be markedly reduced with the new highway in place.

The next phase of consultation will run until 14 August.

Parody added: “Meanwhile we continue to work with heritage groups including Historic England, English Heritage, the National Trust, and experts in the field, including the Stonehenge Scientific Committee – a body of leading independent archaeologists – to ensure a new route is built sensitively to the World Heritage site.”