Sign on the dotted line: Construction ready to begin on the world’s largest telescope 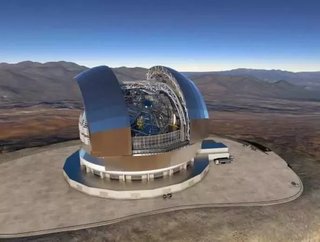 The largest ever optical telescope, the European Extremely Large Telescope, has found its contractors – ACe Consortium. In a statement released yeste...

The largest ever optical telescope, the European Extremely Large Telescope, has found its contractors – ACe Consortium.

In a statement released yesterday, the European Southern Observatory announced that it had awarded the construction contract to the consortium for the telescope, which will be built in the mountains of the Atacama Desert in Chile.

The Italian based consortium, which is made up of two sub contract groups (Astaldi and Cimolai), will cover the design, manufacture, transport, construction, on-site assembly and verification of the dome and telescope structure.

Tim de Zeeuw, ESO’s Director General said: "The E-ELT will produce discoveries that we simply cannot imagine today, and it will inspire people around the world to think about science, technology and our place in the Universe. Today's signature is a key step towards delivering the E-ELT in 2024."

The E-ELT will feature an 85-metre-diameter rotating dome, consisting of a total mass of close to 5000 tonnes. The telescope mounting and tube structure will have a total moving mass of more than 3000 tonnes. Both of these structures are by far the largest ever built for an optical/infrared telescope.