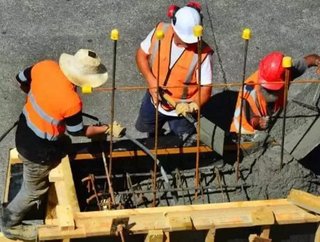 2017 is sure to be an eventful year within the construction sector, at which Skanskas recent contract wins are no exception. The company has recently si...

2017 is sure to be an eventful year within the construction sector, at which Skanska’s recent contract wins are no exception. The company has recently signed a contract with the Massachusetts Port Authority to construct a new transportation centre in the Seaport District in Boston in a contract totalling $75 million.

The new centre will incorporate nine storeys and contain over 1,500 parking spaces within 60,000 square metres.

The company has also recently signed a $53 million contract to build an athletic centre in Massachusetts, incorporating and replacing Deerfield Academy’s current ice rink and several communal spaces, at which construction work is set to start this march.

Situated within Manhattan, the $40 million contract to renovate 1155 Avenue of the Americas was also awarded to Skanska, who began official works in December. The contract was signed in partnership with The Durst Organisation and will incorporate vital infrastructural works and energy initiatives, alongside embedded technologies such as a Building Management System.

Skanska will not only be undertaking construction and renovation work, but also providing essential infrastructural works. This month, Skanska also won the contract in partnership with Flatiron, Stacy and Witbeck and the California Department of Transportation to build two segments of the Interstate 5 North Coast Corridor Phase 1 Project at a cost of $220 million. The project will begin at the start of this year and is due to complete in 2020.