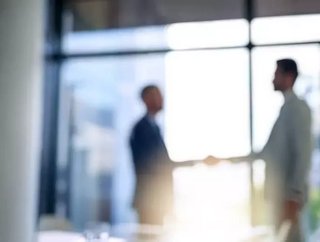 Skanska has announced the promotion of Tom Maxwell to Vice President of Field Operations for the company’s civil operations in the Northeast. In this...

Skanska has announced the promotion of Tom Maxwell to Vice President of Field Operations for the company’s civil operations in the Northeast. In this role, Maxwell will serve on Skanska’s Northeast Senior Management Team. Maxwell most recently served as Project Executive.

Maxwell has worked for Skanska his entire 49-year career in the construction industry and has been “part of some of the most challenging and complex projects Skanska has delivered, from intricate bridge construction projects to extensive track rehabilitation assignments”. Throughout his career, he has supervised numerous trades performing specialised disciplines on many of Skanska’s heavy civil construction projects and assumed responsibility for ensuring each project met the design, budget, and schedule set forth by the client.

Mike Viggiano, Executive Vice President, Skanska USA Civil said: “Skanska’s success is built on employees like Tom and there are few who can match his experience on some of the most iconic transit projects in New York City. In his nearly half-century of service with us, his commitment to safety, improving operations, solving problems and mentoring others has never wavered”

“Tom is exactly the type of builder we seek out and I’m pleased to welcome him to our senior management team,” Viggiano said.

Specifically, Maxwell has extensive experience managing critical field operations for mass transportation infrastructure projects including the MTA’s Second Avenue Subway extension and Fulton Street Transit Center in New York City; the Gowanus Expressway rehabilitation in Brooklyn; the Fordham Plaza Bridge in the Bronx; and the Central Artery Tunnel in Boston. He also worked on power and utility operations on behalf of the New York Power Authority and Competitive Power Ventures.