The hotel industry is booming in Africa 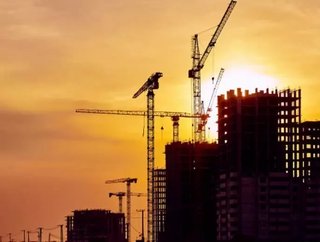 A number of international investors are set to expand into Africa, creating a boom in tourism in the country. It has recently been announced that InterC...

A number of international investors are set to expand into Africa, creating a boom in tourism in the country. It has recently been announced that InterContinental Hotel Group (IHG) will be building six new hotels within the country, adding to its current portfolio in Asia and the Middle East.

The new hotels will provide increased number of construction roles and permanent employee roles upon completion. Additionally, Cape Town will be home to Africa’s first Radisson Red Hotel, which will employ up to 100 people. Situated close to Cape Town Airport, the hotel will embed a number of first class technologies and provide stunning views of the local landscape, whilst providing quality services to guests.

Steady progress is also being made surrounding sustainable building in the country, linking with the tourism industry and Africa Responsible Tourism Awards. Cape Town’s Hotel Verde has recently become the first hotel in the world to become double-platinum green building certified, providing a benchmark within African building and construction.

Samantha Annandale, CEO of Verde Hotels said, "Going green is not just about the building, it’s also about every aspect of the operation. As part of Hotel Verde, Cape Town’s commitment to being “Africa’s greenest hotel,” management is committed to following the principal tenets of sustainable procurement, to minimize their environmental impact, to maximize wider social benefits and of course, ensuring the wellbeing and future of our employees."

A recent study has found over 300 projects under contract in Africa, including projects in construction, final planning and planning stages, excluding unconfirmed projects. Source: STR / report as of March 2017, activity reported through February 2017
Under Contract data includes those projects in the In Construction, Final Planning and Planning stages

Consequently, South African hotel and retail operator Tsogo Sun has also announced that it is willing to sell over 30 hotels to the Hospitality Property Fund  in order to gain a larger stake in the Fund and further increase profits, according to African Business Magazine.  Presently, the company has two hotels under construction in Cape Town, further cementing their presence in the region and highlights the company’s expansion plans and increase profits long-term through developing its operations further into other sectors.