The tallest building to be built in Detroit has been proposed 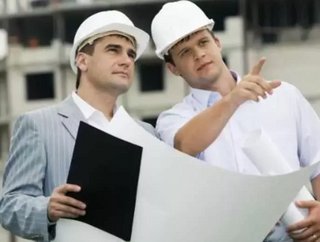 Set to be constructed at the old Hudson department site, the tallest mixed-use building is set to be constructed in Detroit. Spanning 52 storeys and encompassing 1.2 million square foot, the $700 million tower will incorporate approximately 250 one to three bedroom residential spaces, of which 20 percent will become part of the affordable housing scheme, as well as underground parking, offices, entertainment and retail space. The building will also include social spaces halfway up, providing stunning views of the city.

Businessman Dan Gilbert, behind Bedrock Detroit (part of Rock Ventures), is the brains behind the new development, with support from SHOP architects and Hamilton Anderson Associates. The proposal also highlights the increased development underway throughout Detroit to entice businesses and everyday citizens to the area, such as the new sporting facility for the National Hockey League. The construction will be underway in December, with aims to complete in 2020.

Construction work for the project would create over 5,000 new roles within the region and create over $1 billion, boosting the local economy, which would increase upon completion.

In a written statement, Gilbert said: “For long-time Detroiters, we remember what Hudson’s represented. It wasn’t just a department store — it was the economic engine of Detroit. Our goal is to create a development that exceeds the economic and experiential impact even Hudson’s had on the city. We believe this project is so unique that it can help put Detroit back on the national — and even global — map for world-class architecture.”

If the project goes ahead, Bedrock will also construct a new justice centre within the city, which they will entirely fund, with no financial support from government or various parties in Detroit, beyond current financial agreements.

However, plans for the project and its current timeline could be set to change, as funding for the project can only go ahead if the tax breaks, which are yet to come into fruition for projects of this scale to go ahead as planned. If issues arise surrounding this, the building would need to be redesigned in alignment with a new budget.