The tallest tower in Australia is set to be built 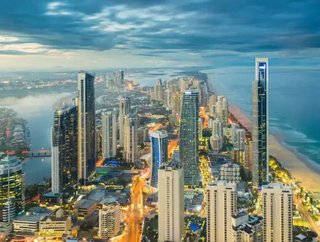 Sydney has always been the city in which tourists’ flock. With majestic buildings such as the Opera House, One Central Park and the Dr Chau Chak Wing...

Sydney has always been the city in which tourists’ flock. With majestic buildings such as the Opera House, One Central Park and the Dr Chau Chak Wing Building, it is set to no longer be in the spotlight if the Gold Coast has its way.

The Gold Coast City Council has recently approved for the construction of the Orion Towers, which will span 328 metres, becoming the tallest towers in Australia. The country is known for its hundreds of skyscrapers, yet this building will become the tallest as a result of height restrictions, which are not put in place within the Gold Coast, as it does not interfere with Civil Aviation Authority height restrictions.

Designed by Woods Bagot and costing $1.3 billion, the Orion Towers will be situated on Surfers Paradise Boulevard land, which Orion International Group originally acquired for $25 million. The towers will encompass an international hotel, over a thousand residential apartments and retail outlets. One will reach heights of 328 metres, whilst the second tower will reach 247 metres and be 76 stories.

The construction will provide over a thousand new roles, and ensure a significant boost to Australia’s economy, adding an additional $20 million each year upon completion.

Connected via a five-storey podium, the towers will incorporate a number of sustainable features, such as a garden deck and recreation area. CRA Group Development Manager Chris Alston said, “The vision is for Orion Towers to become a new ‘meeting place’ with the centrepiece a modern interpretation of a town square clock-tower.”

“It will be a vibrant, active street-scape along Surfers Paradise Boulevard that will complement the light rail corridor and provide dining and retail facilities for the benefit of occupants and visitors alike.”

The elevated curved bridge, designed by Form Landscape Architects, will also display features, such as the time and weather conditions, embedding sophisticated technologies throughout. With regards to transportation, the builds will also house a carpark, bicycle spaces, with a bicycle ramp built into the car park itself.

To top it off, the building will also incorporate the highest observation restaurant, which will be situated on level 101, providing stunning views of the Gold Coast.