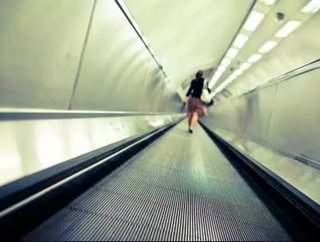 London is a hotbed for construction and development, with an ever increasing need to strengthen its infrastructure. The infamous Crossrail project will...

London is a hotbed for construction and development, with an ever increasing need to strengthen its infrastructure. The infamous Crossrail project will no doubt relieve current pressures upon the underground and current transport services in and out of London.

With the strengthening of infrastructures, there is an increased amount of skyscraper projects which are pending within the capital. However, it has recently been announced that construction giant VINCI will be undertaking renovation works of the historic Mandarin Oriental Hotel within west London in a £60-million-year long project.

Originally built in 1889, all rooms within the hotel will be renovated to the highest quality, utilising first-class materials, with additional suites which will be built as an extension, offering spectacular views of Hyde Park. Building Information Modelling (BIM) has been utilised within the hotel’s new design, which has been created in collaboration with architect Purcell.

We look at top three other projects which are currently underway within the capital.

With rising house prices against an increased demand within the capital, the project to transform the disused Battersea power station will boost the local economy and create over 20,000 jobs in a project worth over £8 billion.

Technology giant Apple has also recently revealed that they will move their UK base to the area by 2021, further increasing the area’s commercial appeal.

With London’s increased population and predicted rise to 10 million by 2030, there is increased need for local services to be able to maintain efficiency.

The renovation of London’s Bank Station has been given the green light in a new £563 million project, increasing the station’s overall capacity by forty percent and reduce congestion within daily commutes.

Due to start in the new year, the project is aimed to complete in 2021, but will stay open in order to minimise disruption. In order to ensure the project completes on time and within budget, work will be undertaken 24 hours a day, with over 200 engineers contracted on site.

Dragados SA, part of ACS Group, has been contracted. The renovation will provide increased space and comfort, increase the number direct routes and improved accessibility.

This year, Google moved into its new 11 storey base, close to Kings Cross Station and has been constructed with its 800 staff in mind.

Designed to incorporate several leisure facilities and communal areas throughout the building within a spacious setting, with curved, oak staircases and built areas within outside access to work and superior views over London.