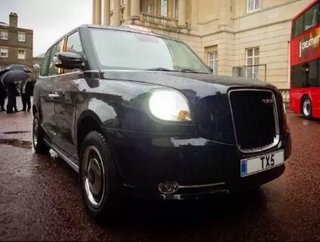 International professional services company Turner &amp; Townsend has been appointed to deliver health and safety support during the construction of a n...

International professional services company Turner & Townsend has been appointed to deliver health and safety support during the construction of a new £300 million state-of-the-art factory in the West Midlands for the makers of the world-famous London black cab.

Mike Spanczak, Associate Director at Turner & Townsend, said: “We’re delighted to be involved with such an iconic brand. LTC’s products are instantly recognisable around the globe and we’re pleased that the environmental agenda is at the centre of their vision, something Turner & Townsend holds dear to our business values.

Turner & Townsend will be implementing ‘Zero Harm’ objectives across all aspects of the project, aiming to set the highest safety standards and principles, and eliminating fatalities, serious injuries and accidents.

The factory, being built by the London Taxi Company (LTC), will manufacture the first fully electric cars for London’s iconic taxi brand. Vehicles are expected to roll off the assembly line by the end of 2017, with production increasing from currently just under 2,000 units a year to about 36,000.

Chinese automotive giant and owner of LTC, Geely, is investing £300 million in research and development to transform the product range and create more than 1,000 jobs at the new plant.

Spanczak continued: “Turner & Townsend has deep expertise in safety, health and quality within the motor industry, based on previous global experience with other major automotive manufacturers.”

“LTC’s stated aim is to have its products in every single major city around the world, and we will relish the opportunity to realise this vision with them.”