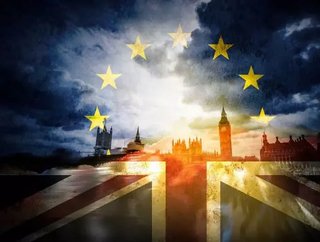 Insurance experts ConstructionInsure.co.uk are offering free one on one advice sessions for builders and contractors concerned about the impact Brexit will have on the UK construction sector and their own businesses.

The consultations have been introduced to ease the growing concerns of construction firms who fear a hard Brexit could have massive impact on their own companies and on the number of projects available after Britain leaves the European Union.

There are estimated to be more than 120,000 EU migrants working in the UK construction sector, many in skilled positions.

Experts have warned that the building industry is bracing itself for a possible shockwave if European workers choose to leave the country post Brexit.

It would significantly increase the cost burden on UK building firms if they had to recruit and train UK staff to replace these EU nationals if they were to leave Britain in large numbers.

Firms are also facing uncertainty over wage roll structure due to the changing status of who they employ and they need to make sure their insurances are up to date and correct.

Now Construction Insure are holding the free Brexit Insurance consultations at their north London HQ to advise firms how best to protect themselves from the uncertainty around Brexit.

Mark Herbert of ConstructionInsure.co.uk said firms were worried about both increased labour costs post Brexit and a possible downturn in business if the UK exits the EU without a strong trade deal.

He said: “Depending on the outcome Brexit could have a huge impact on foreign workers working for UK based construction firms.

“The main worry for UK construction firms is that instead of using foreign workers they will start having to increase their costs by training up UK workers. They are also likely to have an increased wage burden as they are forced to use higher skilled UK contractors to plug the gap.

“We understand this is a major worry for thousands of UK construction firms and as the Brexit negotiations have dragged on without much apparent progress we have witnessed a steady increase in enquiries from builders and contractors eager to ensure they are adequately insured for any downturn in their business once Britain leaves the European Union.

“For many this is the most pressing concern their business is currently facing and sadly it is totally out of their control. Many firms in the sector, particularly in London and the south east, but also in cities across the UK, rely heavily on EU migrants and there is a real worry about what might happen, particularly if we exit the EU without a strong trade deal.

“Luckily there are steps companies can take to minimise any such impact if it were to happen. Construction Insure can look at their wages and turnover and let them know if they are insured correctly in the first place and we can also look to forecast what possible change these impacts form Brexit might have on their insurance premiums.

“Many contractors do not understand the different type of labourers they use when trying to identify who relates to what on payroll breakdown for insurance purposes. This is crucial information which dictates premium and if gotten wrong can void policies or create huge additional premiums.

“It’s an even bigger risk when trying to purchase a policy online where the client may be tempted to bypass certain questions just to get a cheaper premium. This is an easy trap to fall into but can have dire consequences.

“Construction insure speaks to each client and defines to them what is a manual, labour only and a sub-contractor wage roll and ensures the clients policy has been rated correctly.”

Research by the Construction Industry Training Board, IFF Research and the Institute of Employment Research at Warwick University found one third of companies in the construction industry currently employ foreign workers.

The researchers said there were 122,094 construction workers working in Britain but born in other EU states, in 2015. These represented 45% of UK construction's total 270,653 migrant workers.