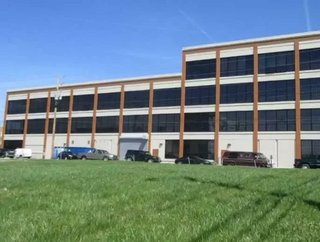 A project that was originally projected to last just 3-4 months turned into a six-month project requiring 8,800 man hours, 3,500 bags of cement bag mix material and thousands of pounds of steel and lumber when demolition uncovered more severe deterioration than originally anticipated.

The 105-year-old building, located at 800 North Capitol, had been abandoned until a redevelopment project allowed for its complete restoration to feature 111 apartment units.

The building is owned by The Whitsett Group (TWG) and Ambrose Property Group, who worked on construction for the last 15 months. The design maintained 150 industrial-designed windows to help maintain the building’s original look. The original stairwell was also retained by the developers in order to qualify for $2 million in tax credits from the National Park Service.

Western Waterproofing Project Manager Travis DeJohn said: "The engineer called out for approximately 1,500 LF of shallow depth concrete repairs not exceeding four inches in depth. Once demolition began, we discovered severed columns 20 inches in diameter and beam deterioration ranging from six to 24 inches in depth. We knew then that the number of hours and amount of materials needed to complete the job was going to escalate quickly."

With the scope of work drastically increasing, Western had to work overtime to try to stay within the tight timeline and budget constraints, and every detail had to be meticulously coordinated to allow several trades to complete their work simultaneously alongside one another.

Western worked closely with Indianapolis-based TWG Construction to coordinate the schedule and budget adjustments necessary to complete the project and maintain work quality.

The developers expect the finished apartments to attract a mix of students and young professionals, with forty percent of units priced at ‘affordable-housing’ level.