What we know about New York’s One Vanderbilt skyscraper 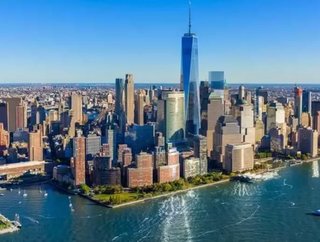 A number of skyscrapers are currently under construction within New York in order to accommodate for the increased number of residents and increase empl...

A number of skyscrapers are currently under construction within New York in order to accommodate for the increased number of residents and increase employment opportunities within the capital. The One Vanderbilt skyscraper, situated opposite the Grand Central Terminal will complete in 2020 and become the second tallest skyscraper within New York, reaching heights of 1,301ft, with a spire reaching 1,401ft.

Designed by Kohn Pedersen Fox Associates (KPF) and owned by developer SL Green, the $3 billion build has resulted in the demolition of over 70 buildings in the area to allow for construction work to begin, incorporating over 1.5 million square feet of space over 58 floors. Jaros Baum & Bolles and Tishman Construction have been bought onto the project to ensure all targets are met.

Sustainability is at the forefront of construction works, at which developers are aiming for the construction to obtain a LEED Gold rating. The build will incorporate a glass facade, reducing the impact the construction will have on the environment, blending in with its surroundings and with Grand Central Station. The bottom floor will also incorporate several retail outlets.

Jamie von Klemperer, President of Kohn Pedersen Fox and Chief Designer of the One Vanderbilt said, “the one Vanderbilt tower will be like the Empire State and the Chrysler Building, one of those delicate moments that comes to one point in the skyline.”

The building will include 1.6 million squares of rental office space over several floors. It has been confirmed that TD Bank has stated their wish for approximately 200,000ft once completed, with other businesses sure to follow suit due to its ideal location. Although it has fewer floors than previous skyscrapers, higher ceilings have been factored into the design, with floor-to-ceiling windows which create a light and airy space.

“What it means to be in a building with no columns, high ceiling heights, glass that enables you to not only see everywhere, but enables light to enter and go all the way into the core of the building. Spaces that make you aware of the changing sky and the light of the day.”

Furthermore, it has been confirmed that the build will also be designed to include a restaurant based on the second floor and will become a world-class dining venue, in addition to a Skybar which will be situated 900ft above ground.

Klemperer added: “It’s a great thing to be able to update in a way and move ahead and prove that New York can be home to the most advanced skyscraper in the world. It will be an unforgettable landmark for New York.”

Some elements of the build are still awaiting approval, but it is hoped the build will connect with Grand Central Terminal through underground access, with the strengthening and upgrading current infrastructure links to incorporate the increased number of commuters.

Robert Alexander, Chairman of New York Tri-State Region of CBRE added: “It will be the most modern, up-to-date, technologically advanced building in Manhattan when finished.”

To ensure commuters are able to have an increased quality of life amongst the growing number of citizens within the region, SL Green has contributed over $200 million to the upgrading and transformation of Grand Central, which will provide long term benefits for citizens and visitors to the area.

“Once the commuters come into grand central, they are 60 seconds from their office. You could not ask for a better location," added Alexander.