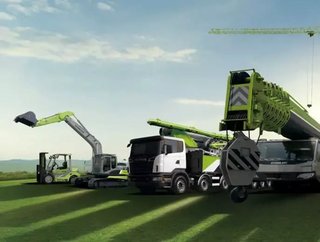 Zoomlion has begun work on its new excavator factory in Changsha, capital of China’s Hunan Province, which will produce $2.8bn worth of machinery each...

Zoomlion has begun work on its new excavator factory in Changsha, capital of China’s Hunan Province, which will produce $2.8bn worth of machinery each year.

The giant factory will span 100 hectares and is expected to produce 33,000 excavators a year. Utilising advanced technologies such as artificial intelligence (AI) and the industrial internet of things (IIoT), Zoomlion aims to upgrade its workshops and products to transform its service and management and create a world-class intelligent manufacturing base.

Zoomlion Vice President, Fu Ling, said the factory would comply with international standards, and allow the company to increase its share of a booming domestic market.

Zoomlion covers more than 100 countries and regions worldwide and has already made market arrangements to follow the Belt and Road initiative. Zoomlion products have been well sold to the markets in the Middle East, South America, Africa, Southeast Asia, Russia as well as many high-end markets in the USA, Europe and Australia.

The company has subsidiaries in nearly 20 countries in East Asia, Southeast Asia and Europe, alongside more than 50 resident offices around the world. Centred on the UAE and Brazil, a logistics network and parts supply system with worldwide coverage is gradually being set up.