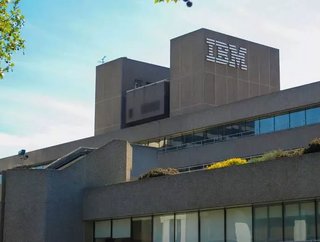 IBM has signed an European data centre code of conduct and announced that it will open four new data centres across the world as part of a major global...

IBM has signed an European data centre code of conduct and announced that it will open four new data centres across the world as part of a major global expansion.

The new data centres will be located in the UK, Australia and Silicon Valley and will house the IBM Cloud. This will bring the total amount of IBM Cloud global data centres to around 60, in just 19 countries.

The news comes after recent data has revealed that worldwide spending on public cloud services and infrastructure is expected to reach US$ 266 bn in 2021.

“IBM operates cloud data centres in nearly every major market around the world, ensuring that our clients can keep their data local for a variety of reasons – including performance, security or regulatory requirements,” said John Considine, general manager for cloud infrastructure services, IBM. “We continue to expand our cloud capacity in response to growing demand from clients who require cloud infrastructure and cognitive services to help them compete on a global scale,” said Rob Platzer, chief technology officer, Bitly, a major client using IBM’s cloud data centre network,

A code of conduct

As part of the announcement, IBM has also signed to the EU Cloud Code of Conduct, an EU initiative designed to provide data centre customers with assurances that providers are compliant with data protection laws (coming into effect in 2018) and remain efficient, cost effective, secure and scalable.

The code was developed by the Cloud Select Industry Group (Data Protection Code of Conduct Subgroup) making it easier for cloud customers (in particular small and medium enterprises and public entities) to determine whether particular cloud services are appropriate for their desired use.