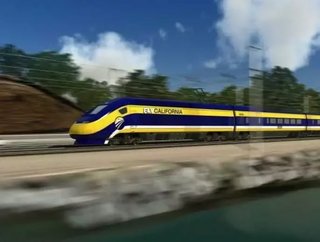 The California High-Speed Rail Authority has awarded a $71.86 million contract for construction management of the Fresno to Bakersfield high-speed rail...

The California High-Speed Rail Authority has awarded a $71.86 million contract for construction management of the Fresno to Bakersfield high-speed rail line to Arcadis US.

The Colorado-based branch of the Dutch design and consultancy firm beat four other bids for Construction Package 2-3, which covers a 65-mile stretch from American Avenue, south of Fresno to just north of the Tulare-Kern county line via King’s County.

As part of the contract, ARCADIS will, over a five-year period, provide engineering and consulting services for the California High-Speed Rail Authority and the as-yet unconfirmed contractor that will design and build the package.

Construction of this section is estimated to cost between $1.5bn and $2bn, with bids from contractors due in October. The stretch will be subject to environmental considerations before construction can commence.

California High-Speed Rail Authority selected the two-company team of Wong/Harris to oversee the first 23-mile package from Madera to Fresno. A consortium of Tutor Perini, Zachry and Parsons won the $985 design-build contract for this section, and construction works are already underway, having begun in July.

The start of heavy construction works has been delayed by the state’s slow acquisition of the necessary land needed in the Central Valley area for an initial 29-mile segment that will pass through Fresno. Jeff Morales, Chief Executive of the California High-Speed Rail Authority has revealed the authority has been forced to hire more staff devoted to acquiring property.

Users of California's high-speed rail system will be able to travel from Los Angeles and San Francisco in about two hours and 40 minutes. The $68 billion system is expected to be completed by 2029.