Conflict avoidance pledge has been signed by 50 groups 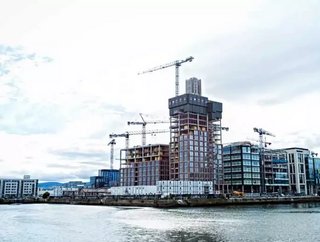 A pledge has been launched by the Royal Institution of Chartered Surveyors (RICS), and has received more than 50 signatures from industry bodies. The c...

A pledge has been launched by the Royal Institution of Chartered Surveyors (RICS), and has received more than 50 signatures from industry bodies.

The conflict avoidance pledge has been created in a bid to deter from construction and engineering disputes.

RICS announced that the pledge is a “voluntary commitment [to] self-assessment [that is] open to any organisation or firm, regardless of size or location”.

The Conflict Avoidance Coalition Steering Group, a group commitment to reducing the costs associated with conflicts, were responsible for creating the initiative.

The pledge received signatures from the Institution of Civil Engineers (ICE), the International Chamber of Commerce (ICC) United Kingdom, Transport for London, Network Rail, and the Charted Institute of Civil Engineering Surveyors.

“Too often, employers encourage contractors to submit compliant bids for the best price. Contractors, on the other hand, apply a commercial strategy to win the bid,” stated John Fletcher, Poduct Group Director for Alternative Dispute Resolution at RICS.

“Both sides then seek to manage contracts to their terms. The result is a recipe for disputes, which is built into contracts before they even start.”

“It is only when the industry unites to tackle these all too common issues that we can deliver real change.”

“We look forward to more organisations and companies joining our campaign by signing up to the pledge and making the running of construction and engineering projects, hopefully across the world, more streamlined.”