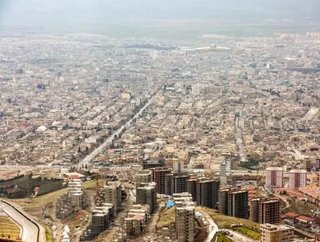 More than US$30bn is to be invested into restoration projects in Iraq. The money has been provided by governments, funds, organisations, and investors...

More than US$30bn is to be invested into restoration projects in Iraq.

The money has been provided by governments, funds, organisations, and investors from inside and out of the Middle East.

The country has revealed a decade-long reconstruction plan, with the total project costs amounting to $88.2bn.

"We were hoping for more. We are not disappointed, but the amount was less than expected,” noted Ibrahim al-Jaafari, Iraq’s Foreign Minister, claims AFP.

A conference was held in Kuwait to stimulate investments into Iraqi infrastructure to help strengthen its economy.

76 countries have contributed to the initiative, alongside international funds and organisations.

“The commitment of the international community at the conference was clear," reported Kuwait’s Foreign Minister, Sheikh Sabah al-Khaled Al-Sabah added.

As part of Iraq’s construction plan, schools, homes, hospitals, and economic networks are all to be rebuilt.

“Many businesses from around the world have gathered here to discuss how they can invest in Iraq's future and create the jobs that will help bring stability to the country,” AFP reported Jim Yong Kim saying.

“Their presence in such numbers shows that Iraq is open for business.”