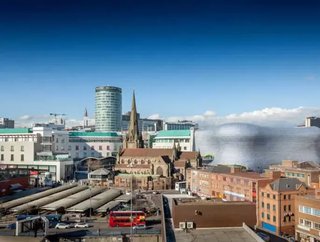 20 different construction projects have been planned for the West Midlands region of the UK, cost a total of approximately £10bn (US$14bn). Andy Stree...

20 different construction projects have been planned for the West Midlands region of the UK, cost a total of approximately £10bn (US$14bn).

Andy Street, the Mayor of the West Midlands and former Managing Director of John Lewis, revealed an investment prospectus highlighting the 20 different projects.

Some of the construction works include the redevelopment of land across new stations created for the UK’s major High Speed Two project.

The prospectus also includes office, retail, and residential buildings – to be located near the new Birmingham International and Birmingham city centre train stations, with could take around 10% of the budget, at £1bn ($1.4bn).

There are also plans for Wolverhampton’s city centre, with the canal side to be redeveloped, expected to cost £150mn ($211mn).

A new manufacturing facility will be built in Nuneaton at £150mn, and a manufacturing park that houses Jaguar Land Rover is to be extending, at the cost of £4mn ($5.6mn).

The West Midlands Combined Authority has announced plans to get financial backing from domestic and foreign investors for the schemes, the Telegraph reported.

“We have a drum beat of momentum behind us both economically and culturally,” stated Andy Street, the Telegraph noted.

“This prospectus will show how we are creating fresh opportunities in the former industrial communities of the West Midlands, turning brownfield sites into new homes, schools, offices and factories.”