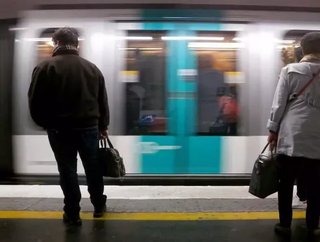 Salini Impregilo has won a $816.39mn contract to build a section of a new metro line for Grand Paris Express, the biggest project of sustainable mobilit...

Salini Impregilo has won a $816.39mn contract to build a section of a new metro line for Grand Paris Express, the biggest project of sustainable mobility in Europe.

The future Line 16 of Grand Paris Express will serve a number of communes in the northern and eastern part of metropolitan Paris.

Awarded by Societé du Grand Paris, the contract, known as Lot 2, will involve the excavation of 11.1 kilometres of tunnel and the construction of four stations at Aulnay, Sevran-Beaudottes, Sevran-Livry and Clichy Montfermeil, along with 11 related works.

Salini Impregilo will assign 20% of the value of the contract to local subcontractors and employ disadvantaged workers for 5% of the total number of hours estimated to be needed to complete its section of the metro line.

In March, Salini Impregilo and joint-venture partner Nouvelles Générations d’Entrepreneurs won a €203-million contract to extend Line 14 of the Grand Paris Express to the Orly airport.
The work marks the Group’s return to France 20 years since it worked on the city’s Est-Ouest Liaison Express (EOLE) between 1992 and 1998. Salini Impregilo also contributed to the progressive expansion of the city’s metro, working on the METEOR line (Metro Est-Ouest Rapide).

Salini Impregilo has a unique and acknowledged expertise in the sector in light of its vast experience in cities ranging from New York to Saint Petersburg. In all, it has built more than 400 kilometres of metro lines. The latest projects in which the Group is involved include Lines 2 and 4 of the network in Lima; a line in Doha; one in Riyadh; Cityringen, which encircles Copenhagen; Line 4 in Milan, and a new line in Thessaloniki, Greece.

It is also working on light rail lines in cities like Perth and Sydney, Australia. The Sydney project recently won the 2018 Project of the Year award from the influential U.S. trade magazine Engineering News-Record (ENR) for the skytrain bridge and viaduct that it built for Sydney Metro Northwest, part of the biggest public transport project in Australia.