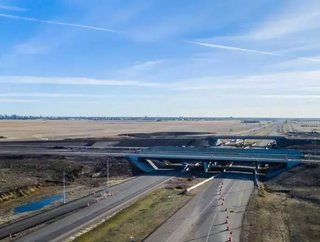 The Vinci-built bypass around Regina, capital of the Province of Saskatchewan in Canada, has been opened following a four-year construction phase. The...

The Vinci-built bypass around Regina, capital of the Province of Saskatchewan in Canada, has been opened following a four-year construction phase.

The bypass comprises 61km of road, of which 37km is newly built and 24km upgraded, with 12 new interchanges and 33 new bridges and viaducts. The project represents an investment of C$1.9bn (around $1.45 bn).

“The bypass illustrates VINCI’s capacity to deliver large-scale projects on budget and on time while proposing the highest standards of quality, safety and technical innovations adapted to the harsh climate of Western Canada,” said the company in a statement.

The infrastructure will be operated and maintained for 30 years by VINCI Concessions and Eurovia subsidiary Carmacks. It will improve road safety, make traffic smoother and promote the economic development of the province by giving faster, more reliable access to three of Saskatchewan’s major roads: the Trans-Canada Highway and Highways 6 and 11.

Xavier Huillard, Chairman and Chief Executive Officer of VINCI, commented: “The Regina Bypass is an excellent example of close, productive collaboration between public authorities and private players to deliver a major project for the benefit of all. VINCI is proud of the positive relations it has built with the Province of Saskatchewan and its Ministry of Highways and Infrastructure. The opening of the bypass to traffic is a new step in our partnership. Together, we will continue to make transport safer and support the province’s economic growth.”