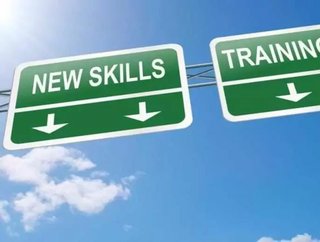 Bosch Rexrothis calling on the construction and manufacturingindustriesto invest more in maintenance training following the results of a recent study...

Bosch Rexroth is calling on the construction and manufacturing industries to invest more in maintenance training following the results of a recent study.

The survey conducted amongst 300 engineers by Bosch Rexroth, in conjunction with The Institution of Engineering and Technology (The IET), revealed that more than 50 per cent of engineers receive only five days training or less each year. A mere 12 per cent said they were entitled to 10 or more training days.

One of the key issues, backed by approximately 75 percent of respondents, highlighted the rise in increasingly complex equipment, with maintenance teams struggling to keep up. Despite this increase in complexity, more than half confirmed training budgets had stagnated or decreased.

“It seems like a simple equation that training should intensify as manufacturing technology advances but this is something easier said than done” said Richard Chamberlain, UK Service Manager at Bosch Rexroth.

Richard continued: “It’s crucial that those responsible for machine uptime remain up-to-speed with new technologies. However, with a chronic shortage of skilled technicians, the stigma that training takes engineers away from their core responsibility, is still a legitimate problem.”

“Looking at the report, it is encouraging to see that almost half of respondents declared e-learning courses were key in their training and these are likely to increase as machines get increasingly interconnected. It’s essential that effective training is in place to support engineers; by remaining up-to-speed with advancing technology this will in turn ensure machines run as smoothly and efficiently as possible.”

A detailed analysis of the survey has been compiled into a paper. ‘What you don’t repair you destroy – A report into maintenance practices in UK Industry’ can be downloaded from here.