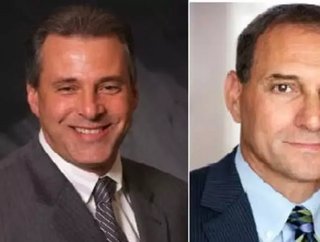 Skanska AB has named Richard Cavallaro its Executive Vice President and President and Chief Executive officer of Skanska USA, overseeing the company’s US construction operations, which had combined revenue in 2013 of nearly $7 billion.

Cavallaro, who also will be a member of Skanska AB’s Senior Executive Team (SET), succeeds Michael McNally who is retiring from the same role as planned at the end of the year.

Michael Cobelli will step into Cavallaro’s role as President and Chief Executive Officer of the Skanska USA Civil business unit.

Both Cavallaro and Cobelli are Skanska veterans. The former has been with the company since 1996 and has led the civil business unit for the past five years doubling its revenue and tripling its profit.

Under his leadership, USA Civil expanded its geographic footprint, shifted from a regional player to a national competitor, became a significant force in the power and industrial space and consistently achieved the company’s best safety record.

McNally said of his successor: “Rich has a deep understanding of our clients’ needs; a track record of strategic leadership; depth of knowledge; and a straight-forward communications approach.  Adding all of that to his ability to consistently drive results makes me certain that he will continue to strengthen our US operations.”

McNally’s retirement comes after 35 years in construction and six years as Skanska’s US leader. During his tenure, McNally transformed the business into a powerful brand which grew to become the second largest domestic building contractor and the third largest domestic heavy civil contractor.

Cavallaro said: “It is an honour to lead our tremendous team of employees and this great company. I’m committed to building on Mike’s legacy of One Skanska and working together to innovate and deliver for our clients.

“Mike has been a great partner and mentor. Because of his relentless focus on our values and advocacy for safety and sustainability, we are known not just as a successful company but a company that cares about its people and our communities.”

USA Civil Chief Operating Officer Michael Cobelli moves into the role of President and Chief Executive Officer of USA Civil. Cobelli has been with Skanska for his entire 30-year career, with a strong focus on project execution. He has personally been involved in constructing some of the most complex and high-profile heavy civil construction projects in the US.