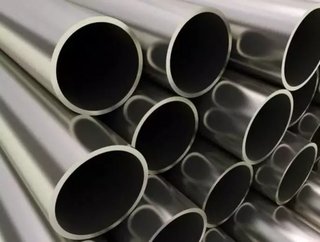 The Construction Product Associations latest State of Trade Survey reports a slowdown in growth in sales of construction products in the fourth quarter...

The Construction Product Association’s latest State of Trade Survey reports a slowdown in growth in sales of construction products in the fourth quarter of 2015, owing to domestic weakness and a fall in export sales. Sales nonetheless achieved their 11th consecutive quarter of growth and were still significantly higher on an annual basis.

Rebecca Larkin, CPA Senior Economist, said:  “This marked the eleventh straight quarter of rising sales of construction products. For manufacturers on the heavy side, however, this was the lowest quarterly balance in three years, which echoes weakness in overall construction output data for the closing months of last year. Compared to Q3, only 5 percent of heavy side firms reported a rise in sales in Q4. This was the lowest balance since 2013 Q1 and reflects lower domestic activity, as well as a decrease in export sales as Sterling appreciated against the Euro in late 2015.  On the light side, where products are typically used towards the end of the construction process, 38 percent of firms reported a rise in Q4 quarterly sales, indicating continued demand from strong building activity earlier in 2015.

“A positive effect of the Q4 appreciation in the Sterling was its downward impact on manufacturers’ import costs.  The decline in global oil prices also filtered through into lower fuel and energy costs, meaning that a balance of only 14 percent of heavy side manufacturers and 8 percent of light side firms reported an increase in costs in Q4.  Wages and salaries remained the standout inflationary pressure, however, as shortages of skilled labour pushed up wage bills.

“Encouragingly, both heavy side and light side product manufacturers displayed optimism over the outlook for the year ahead.  A balance of 43 percent of heavy side firms and 42 percent of those on the light side anticipated that product sales will increase during 2016, driven by renewed growth in international sales and domestic activity, led by the private housing, offices and infrastructure sectors in particular.  We forecast output growth of 5.0, 7.0 and 7.9 percent, respectively in these sectors in 2016.”