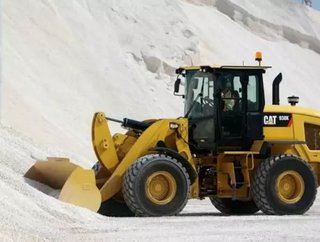 Construction equipment giant Caterpillar has announced a 12 cent rise year-on-year in earnings per share to $1.57 for the second quarter of 2014, but al...

Construction equipment giant Caterpillar has announced a 12 cent rise year-on-year in earnings per share to $1.57 for the second quarter of 2014, but also lowered the outlook for 2014 sales and revenues from $56m to $54-56m, citing weaker sales in China, the CIS and in the Africa/Middle East region.

The second quarter of 2014 included a negative impact of $0.12 per share for previously announced restructuring activities.  Excluding restructuring costs, profit per share was $1.69.

Second-quarter 2014 sales and revenues fell 3.2 percent from $14.621 billion to $14.150 billion. Caterpillar attributed the decline to weakness in its resources business, where sales fell 29 percent due to lower demand for mining equipment.

The construction side of the business fared much better, with sales up 11 percent and profits up considerably to 83 percent. Energy & Transportation reported “record profits”.

Caterpillar Chairman and Chief Executive Officer Doug Oberhelman said: “We’re pleased with our second-quarter results, particularly the improvement in profit.  We increased the bottom line despite a weak quarter for our Resource Industries segment, which is principally mining.

“Three key things are contributing to the continuing strength of our financial results—the diversity of our businesses, substantial success in operational improvements through the execution of our strategy and the strength of our cash flow and balance sheet.

“We understand that we don’t control the economy or the timing of a turnaround in mining.  That’s why we’ve been so focused on executing our strategy and improving our operational performance, which have helped us control costs with year-to-date manufacturing costs and SG&A and R&D expenses improving nearly $500 million.

“We’ve also improved our balance sheet and cash flow over the past few years, and that’s contributed to our ability to return value to our stockholders—including today’s announcement that we intend to repurchase $2.5 billion of Caterpillar stock in the third quarter.”

The $2.5 billion repurchase expected in the third quarter is in addition to the approximately $1.7 billion that was repurchased by the company in the first quarter of 2014.