Could this robot spell the end for the bricklaying industry? 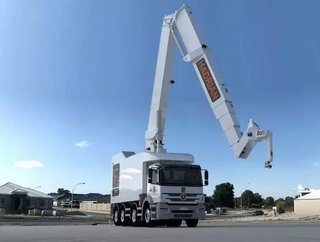 Ever dreamt of 3D printing a house? Well this chap, called Hadrian X (no doubt in tribute to the Roman emperor of the same name who built the wallin the...

Ever dreamt of 3D printing a house?  Well this chap, called Hadrian X (no doubt in tribute to the Roman emperor of the same name who built the wall in the north of England), could make that dream a reality.

It’s described by its creators as a “commercial bricklaying machine” so there is no doubt that they see this innovation as one which could be at the forefront of the industry for years to come.  The markets would also tend to agree, with Fastbrick Robotics’ share price rocketing to four times the amount it was a year ago, since Hadrian X was unveiled.

A commercial test of the prototype will take place later this year as it constructs 10 houses for a builder in Perth, Western Australia, where the company is based.

But if the technology, which is only 30% complete at the the moment, proves commercially viable what could that mean for ‘brickies’ and other people involved in the trade?

Analysis from Simply Wall Street says: “Based on an indicative price of $2M (ASD) per robot, which is capable of bricklaying about 1000 bricks per hour, bricklayers aren’t wrong in thinking that they could soon be out of the profession.

“Based on an estimated salary of $1000 per day to lay an estimated 500 bricks ($2 per brick labour charge), the $2M price tag is equivalent to hiring 2000 bricklayers for a single day.

“This indicates that the robotic bricklaying technology (if proven on a commercial scale) is not for builders who may be building a handful of houses, but may be viable for those who can build 50-75 houses or more in a reasonably short time-frame.”