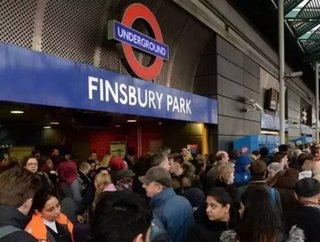 Equipment failure has been cited as one of the reasons for the disastrous Christmas period which saw overrunning Network Rail engineering works create c...

Equipment failure has been cited as one of the reasons for the disastrous Christmas period which saw overrunning Network Rail engineering works create chaos for holiday commuters.

London’s Kings Cross station was the centre of the mess which started on Boxing Day and spilled into the following days, with problems at Holloway Junction forcing passengers to flood nearby Finsbury Park to the point where police had to intervene en masse.

Network Rail, the government-backed body responsible for track maintenance, and Amey Rail were replacing two junctions and 500 metres of track, but did not finish the work in time. Other reasons for the failure mentioned in the report include poor planning and bad management.

The report said: “SSL are a key supplier to Network Rail on a number of contracts, so their work management processes that led to the incorrect conclusion that the signalling testing of the main lines was complete will be thoroughly reviewed by SSL and Network Rail staff.”

While the report brings some welcome attribution of blame for understandably disgruntled passengers, this is not the first time the UK rail industry has had to apologise for sub-standard service and delayed repair works.

And although the construction of HS2 will be a welcome ease for some commuters travelling on a severely strained and dated network, it will be little comfort to others who may have to endure more episodes like this until a more radical overhaul is carried out.