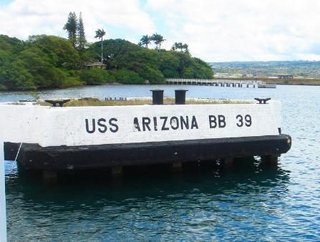 Hawaii is famous for its beautiful islands, architecture and an array of activities on offer. We take a look at some of the most beautiful landmarks...

Hawaii is famous for its beautiful islands, architecture and an array of activities on offer. We take a look at some of the most beautiful landmarks in Hawaii, many of which have since become historic landmarks and are popular with tourists and locals within the area.

Situated in Honolulu, Iolani Palace was the residence of Hawaii’s monarchy.

Completed in 1882 at a cost of $340,000, the neo-classical construction, reopened to the public in 1978 is an impressive build, showcasing unique architecture and natural sourced woods, such as koa and intricately designed stain windows.

The Palace has since become a tourist site, where visitors can visit the museum and is now officially registered on the National Register of Historic Places.

Opening in 1926, the Aloha Tower is an iconic landmark and was once one of the tallest buildings in Hawaii, built at a cost of $160,000.

Situated at Honolulu and offering incredible views of the harbour, the tower served as a lighthouse to guide sailors, incorporating Hawaiian Gothic architectural features within its design.

Today, the area now incorporates the Aloha Tower Marketplace after its development in the 1980s, attracting tourists and locals to the area.

Japan’s attack on Pearl Harbour bought the United States into World War II, with the attack claiming the lives of thousands, along with countless wounded. The area has since become a National Landmark, popular with tourists who visit the area and to commemorate those who died in these attacks.

USS Arizona Memorial – this battleship sunk in 1941 as a result of the Japanese attack on Pearl Harbour. The armour-piercing bomb killed 1,177 on the ship and caused the ship to sink in minutes, where it remains at the bottom of the harbour. There is now a memorial situated over the sunken hull to commemorate the citizens who lost their lives.

In addition, tourists can also visit the USS Bowfin Submarine Museum and Park and the Battleship Missouri Memorial and Pacific Aviation Museum situated nearby.

Made a National Historic Landmark in 1969, the Falls of Clyde, built in Scotland, United Kingdom in 1888 is the last remaining iron-hulled sail-driven oil tanker in the world.

Originally transformed into a museum for tourists, the build has deteriorated significantly and is no longer accessible. It is hoped the construction will be restored to its former glory.

One of the oldest sites to visit in Hawaii, the Mo’okini Heiau is situated in north Kohala and is a National Landmark within the region.

Dating back to 480AD, the site is of cultural and historical significance, incorporating the remains of the heiau which is thought to be over 1000 years old,

In addition, situated nearby is reportedly the birthplace of King Kamehameha the Great.

Built by Ladd & Company, the Old Sugar Mill of Koloa was the first successful sugarcane business on the islands, but closed for good in 1996 after being replaced by a larger mill.

The mill has a turbulent history, but visitors can view the remains of this structure has become a national landmark within Hawaii, as Ladd & Company became the first to implement the notion of agriculture and business to the area, increasing economic growth.

The Mokuaikaua Church is known to be the first Christian Church to be constructed within Hawaii, built in 1820 and completed in 1837.

Permitted to teach Christianity by King Kamehameha II, many citizens on the island became Christian’s, at which the building still holds important cultural and historical significance.

Built in 1922 by the Consolidated Amusement Company, alongside Emory & Webb Architects. the Hawaii Theatre is the last remaining theatre of its kind within the region.

Encompassing a mixture of architectural styles, the build is complex and beautiful in its design, incorporating expensive materials to highlight its importance within the area.

Placed on the National Register of Historic Places, the building closed in the 1980s as a result of disrepair and deterioration, but was restored and extended at a cost of $32 million. The theatre is now a popular venue and has become a non-profit Theatre.