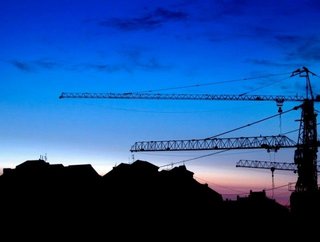 Switzerland is now the most expensive country in the world for construction while Japan and Singapore have seen significant relative cost reductions...

Switzerland is now the most expensive country in the world for construction while Japan and Singapore have seen significant relative cost reductions over the last year, according to the 2014 International Construction Costs Report released today by Arcadis.

The annual study, which benchmarks building costs in 43 countries across the globe, found that relative construction costs have been affected by currency fluctuations, commodity prices and increasing demand for development in many recovering economies throughout the year.

In contrast to 2013’s index, European countries dominate the top ten. This is due, in part, to the ongoing economic recovery in the likes of Germany and France which is gradually translating into contractors demanding more for their services.

Meanwhile, currency devaluation in many emerging markets means that relative costs have dropped considerably in these areas. Costs in the likes of India, Indonesia, Malaysia, Thailand and Vietnam are now around 35 percent less that of the UK.

In the Gulf region costs remain relatively modest, despite high levels of investment in transport infrastructure, such as the US$200 billion GCC rail network, and extensive event-led construction in the shape of Qatar’s successful World Cup bid.

What remains to be seen is what impact the ongoing instability in the Middle East and recent weakness in oil prices will have on spending plans and, consequentially, pricing.

Simon Rawlinson, Arcadis Head of Strategic Research, said: “The relative cost of construction in different markets has been heavily impacted by fluctuations in global currencies over the past year. Growing economic stability in some parts of the Eurozone has led to European nations dominating the top ten for building costs.

“This is at the expense of some Asian states such as Singapore, Macau and Japan, where currency devaluations have seen them drop down the rankings. Japan, in particular, has seen the relative cost of construction fall considerably over the last year and the market is now more competitive than that of the United States.”

The top 10 most expensive markets are as follows:

Europe - The ongoing crisis in the Eurozone impacted heavily on the construction sector and it could be a long time before the industry in many peripheral economies rallies to anything like the levels seen pre-2008.

Furthermore, while optimism about the prospects for the Eurozone waning, poor results for a number of key countries in the second and third quarters of the year have underlined the fragility of the recovery. Caution should be adopted for those operating or looking to invest within the sector.

North America - Overall, the construction sector in the region has enjoyed a similar recovery in 2014 as in 2013. The robust housing market recovery continues to blossom as do shale gas extraction and the unconventional oil and minerals boom in the USA and Canada, all of which make for a more buoyant construction market.

Overall demand is on the up and with costs reducing for energy-intensive manufacturers, the industrial sector has seen significant growth. High demand for residential property in central locations means that we are seeing large developers, who traditionally focused on the over-built office market, switching to high-end residential in pursuit of profitable development opportunities.

Gulf and Middle East - Despite increasing instability in the wider Middle East, three trends are having a positive influence on levels of construction spend in the Gulf Region.

The first is the continuation of high levels of investment on social infrastructure to service the growing population; the second is investment in economic diversification, exemplified by ambitious plans for transport investment such as the US$200 billion GCC rail network which is to link the likes of Saudi Arabia, Kuwait and Qatar.

Meanwhile, event-driven construction is also underpinning huge levels of growth in the region, and with Dubai securing the 2020 World Expo on top of Qatar’s World Cup success; this is a trend that will only strengthen over the next few years.

Whether the recent weakness in oil prices has a short or medium-term impact on construction spending plans will become clearer during 2015.  Of the OPEC members, Abu Dhabi, Qatar and Saudi Arabia are amongst the best placed to be able to continue to fund budget commitments, but with oil trading at under $80/barrel in 4Q 2014, it is possible that current and capital spending priorities may come under review in 2015.

Asia - In China, the gradual shift to a consumption-based economy means that the huge growth in construction that we have witnessed over the last ten years is unlikely to continue in the long term.

Elsewhere in Asia, construction markets had another strong year, particularly in Japan, where the stimulus associated with one of the three ‘arrows’ of Abenomics has had a significant impact. Hong Kong and Singapore also saw strong growth throughout the year, driven by a combination of robust housing markets and high levels of infrastructure spend.