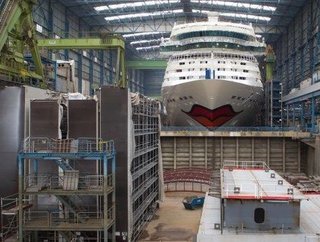 5. Meyer Werft Dockhalle 2, Niedersachsen, Germany, 63,000 sqm One of the major German shipyards, the facility is used to co...

One of the major German shipyards, the facility is used to construct luxury passenger ships. It is the largest dry dock in the world. It was inaugurated in 2000 and has since been expanded to its current size. By volume, it is 4.72 m3.

A little further along the entertainment scale than some fellow top-fivers is this tropical theme park on the former Brand-Briesen Airfield site in Krausnick. The hanger was originally intended to house airship construction, but is now home to the world’s largest indoor resort. It has a volume of 5.2 million m3.

The plant servers as the assembly house for parts of the world’s largest aircraft, the Airbus 8380. The various sections of the plane are moved to the factory via several modes of transport, including by barge from Wales to Mostyn docks for the wings. By volume, it covers 5.6 million m3.

Constructed to handle large shipments of overseas imports, this second entry from Washington is the largest of the company’s four import facilities, from which it sends merchandise to regional distribution centres around the country. It has a volume of 7.43 million m3.

This airplane factory in Everett Washington is the world’s largest building by volume. Here, Boeing assembles its 747s, 767s, 777s, and the latest model, the 787 Dreamliner. Completed in 1968, it covers a huge area of the northeast corner of Paine Field, with a volume of 13.3 million m³.