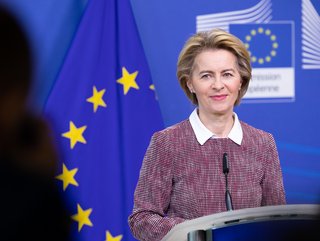 The European Commission has allocated hundreds of millions of Euros in funding for key infrastructure projects in Africa, under the €150 billion ‘Global Gateway Investment Plan for Africa’, which was announced during the European Union-Africa Summit, a top EU official has said.

Speaking during a press conference on November 28, 2022, to unveil details of the plan, Ursula von de Leyen, European Commission President, said that the EU is mobilising massive funding for energy projects, ranging from solar to hydropower, to interconnectors, and that it has signed renewable energy partnerships with Namibia and Egypt during COP27, as part of the plan.

“We are ready to sign a new financing agreement worth €750 million on clean energy, on strategic transport corridors and on digitalisation. Work should start soon on submarine cables to digitally connect Eastern and Western Africa with Europe," she said.

The Global Gateway Investment Plan represents a shift in the EU’s foreign policy, shifting from development aid to investment in key infrastructure projects and the energy and production sectors. The plan was initially unveiled in December 2021, as part of the EU’s €300 billion Global Gateway Investment Strategy – half of which is to be deployed in Africa. It seen as a counterweight to China’s Belt and Road Initiative.

“The difference between Global Gateway compared to others who come with infrastructure projects is that there is transparency, there is good governance, and there is the absolute goal to have locally added value and skills,” de Leyen highlighted during the conference.

Amongst the promised investments is the EU-Africa Green Energy Initiative, which aims to support the deployment of at least 50 gigawatts (GW) of renewable electricity and 40 GW of electrolyser capacity for green hydrogen production in Africa by 2030.

The initiative estimates to raise a total of €15 billion from public institutions and private investors. €3.4 billion in EU grants will support renewable energy, energy efficiency, the just transition and the greening of local value chains. Part of this will be used to leverage private sector investments via guarantees and blending under the European Fund for Sustainable Development (EFDS+), she elaborated.

The projects for which funds have been allotted are:

de Leyen added that eleven strategic transport corridors have been identified for ‘enhanced and greener EU-Africa connectivity’. These corridors will facilitate trade and mobility within Africa and between Africa and Europe, develop new value chains and benefit industries in both continents, a statement from the European Commission said.