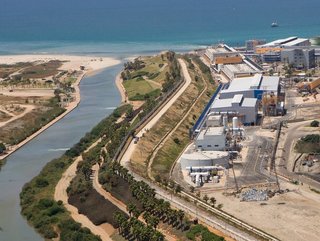 IDE Technologies, the Israeli-headquartered specialist in desalination and water treatment solutions, has announced that it has been awarded a contract to finance, design and construct Israel’s seventh desalination plant in the Western Galilee region, and the first such plant constructed in the northern part of Israel.

Once in operation, the plant will produce 100 million cubic meters of desalinated water annually, improving the reliability of Israel’s water supply to Haifa, the Western Galilee and Upper Galilee regions, a statement said.

These desalination plants are part of a government effort to increase the amount of desalinated water in the country’s overall water resources. The water contribution from the Western Galilee plant will bring total production of desalination plants in Israel to almost 900 million cubic meters per year. This water represents 85-90% of household and industrial water consumption.

“As an Israel-based leader in water desalination technology, we are immensely proud to secure and support another large-scale desalination plant in our home country and increase the valuable water supply to the residents and businesses of the northern parts of Israel,” said Alon Tavor, CEO, IDE Technologies Group.

“Desalination is critical to preserving water as a natural resource and IDE is committed to expanding our technology reach – and it starts at home.”

IDE was selected out of a large group of competitors for its advanced technology, competitive pricing, and industry-leading reputation in Israel and across the globe, the statement added.

The plant will be constructed as part of a Public Private Partnership (PPP) with the State of Israel, represented by the Ministries of Finance and Energy and the Israel Water Authority, IDE said.

It added that it will be responsible for planning and financing the approximately US$439.9 million project. With a goal of completion in 2025, IDE will also operate the plant for 25 years beyond the project term, the company stated.