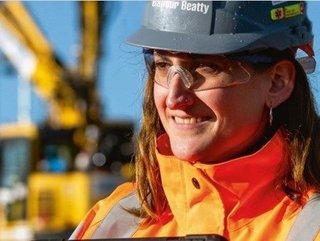 The construction company's performance was attributed to its geographically and operationally diverse portfolio. Annual earnings more than doubled to £181mn.

Leo Quinn, Balfour Beatty Group Chief Executive, said despite the challenges presented by COVID-19, it has delivered operating profits ahead of expectations.

“Balfour Beatty emerges from the last two years with capabilities intact and a higher quality order book," he said. "Together these provide the visibility to deliver profitable managed growth and sustainable cash generation. With a transformed portfolio focused on favourable infrastructure markets across our chosen geographies ... we are confident of delivering significant future returns to shareholders.”

Support Services is now characterised by profitable recurring revenues underpinned by long-term contracts following its strategic exit from gas and water. The power, road and rail maintenance business are all performing well and during the year the Group upgraded its Support Services margin target from 3-5% to 6-8%.

“Alongside results, the Group has announced that, in 2022, it plans to go ahead with the next phase of a multi-year share buyback programme of £150m. Reaching sustainability goals will continue to be a key focus for Balfour Beatty, including the delivery of £3bn in social value by 2030, and to generate zero waste by 2040.”