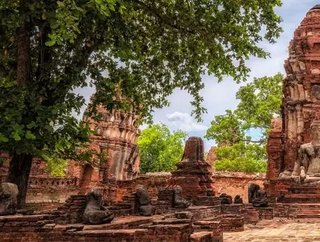 We take a look at Thailand’s plans for a large-scale rail project which will turn former capital into a transport hub...

We take a look at Thailand’s plans for a large-scale rail project which will turn former capital into a transport hub.

A major national railway project has been unveiled by Thailand’s Ministry of Transport at a heritage site in Ayutthaya.

The entire city is a Unesco World Heritage site and has a very colourful history. The city was formerly the capital of Thailand but was burned down by a Burmese army in the 18th century. The city is located around 80 kilometres north of the nation’s capital, Bangkok.

The nation’s transport body has chosen Ayutthaya for the rail hub in order to kickstart a trend in the redevelopment and regeneration of Ayutthaya Province.

Due to the sheer scale of the project, four phases will be part of the development process and will be let on a public-private partnership basis. Speaking to a director of the Office of Transport and Traffic Policy and Planning, Roengsak Thongsom stated that Ayutthaya was one of three cities chosen for the “transit-oriented development projects”.

The high-speed project will bring much of the nation’s railway infrastructure into the 21st century and will be based on its existing network.

The first phase is set to begin as soon as next year and will involve the construction of a second track to existing lines, in addition to the construction of a high-speed station. The second phase is set to begin a few years down the line between 2023 and 2027, which will see a commercial zone being added which will include several offices, retail outlets, along with leisure and hospitality units including hotels, convention centres and condominiums.

The third phase will begin in 2028, taking around four years. This phase will focus on the region’s tourism sector which will include a big focus on hotels and rental apartments. In the final phase of the rail project, a spotlight will be shined on the residential base, increasing the number of residential units.

The news comes a year after the nation promised to fast track $6.6bn in rail projects for this year including a number of line upgrades and track additions.