Tecnoedil was created as a result of the efforts of engineer Denes Tomboly Jaeger, who followed his entrepreneurial vision for the formation of the company.

Tomboly, Co-founder and President of the construction company, is a nationalised Paraguayan of Hungarian descent. He has exercised his career as a civil engineer, topographer, and specialised technician to good effect in this venture, and continues to provide advice and share his expertise among young professionals.

"He planted a very important seed in the company, partnered with me and others to develop the construction company at the level it has today," explained Roque Ardissone, Engineer and CEO of Tecnoedil.

Ardissone graduated in 1974 with a major in Civil Engineering from the National University of Asuncion and by 1975 he began working at Tecnoedil. His first post was as a public works engineer and almost immediately he was awarded a participation in one of the largest building projects in Paraguay, the Itaipu Dam. This work lasted eight years and employed some 10,000 workers.

Years later, Ardissone was linked to the company as a shareholder and served on the board of directors, while always maintaining his position as public works engineer. Afterwards he assumed the post of General Manager of public works and approximately 10 years ago took over as CEO of Tecnoedil.

"We are prepared to carry out the fate of Paraguay, presented by a very ambitious growth plan in infrastructure," said Ardissone.

In Paraguay the private sector has been strengthened in recent years, giving major construction projects to the company. Meanwhile, Tecnoedil has concentrated its efforts in the public sector for business development given the emphasis on projects.

Some of the most memorable buildings that have been produced by Tecnoedil are:

• Parana River Port. A transshipment port and an emblematic work because of its grandeur and the challenges faced due to natural conditions.

• Industrial Structures. An example is the construction in 2012 of an oil industry, whose production surpasses two million tons per year with a capacity of up to 30,000 cubic meters.

• Institute of Social Security, Ciudad del Este. In 2013 Tecnoedil began a three-year project, the construction of the social security hospital in Paraguay that covers 50,000 square meters.

• Construction of the fertiliser industry's FERTIMAX. Includes a port on the Parana River.

The conmpany has also expanded Port of Asuncion, built port of Villeta, and many others ports for industries, urban works, buildings and universities that operate on the Paraguay River.

Tecnoedil has a wider management control than rival firms, for example, 95 percent of its equipment is property of the company. "The NO dependency is our main differentiator," said Ardissone.

It has three production facilities of crushed stone in the country, asphalt concrete plants, and a division that works in social activities.

The company has built a new type of industry in society with PRETEC (industrialised concrete structures), to increase the engineering level of prefabricated cables and structures for bridges, viaducts and buildings, giving Tecnoedil greater independence in the decision-making process.

All procedures, both administrative and technical, are certified with ISO. Therefore the company continuously trains its employees on updated regulations and manufacturing procedures. In its efforts to improve employees’ education, Tecnoedil also provides scholarships and vocational training for specialties.

Resultantly, it has formed an experienced technical force for the smooth development of projects. Today, Tecnoedil has a team of approximately 50 engineers, who continue to study for their technical development.

Tecnoedil has incorporated UNISOFT, a specialised software in the construction sector, which integrates all areas including technical, administrative and accounting departments, providing a quick, precise, and digital answer.

The implementation of the latest AutoCAD system is under development. For this purpose the company sent a technical team to the United States in order for them to learn the proper use of the program.

The company follows all environmental regulations and reforests the surrounding areas where it works as part of its responsible activities.

Tecnoedil is ready for new projects, likely in the public sector due to the deficit in road construction.

"Paraguay is experiencing a time of growth and will require more infrastructure. We believe that this government has major development plans and we are giving our best to what’s next," said Ardissone.

Tecnoedil is working on commercial agreements with companies in various high-development sectors and contacting major industries in Europe and Asia to tackle the strong growth that the country expects.

"We are ready to tackle the projects that are coming, we are confident in taking that big step we've been waiting for," he concluded. 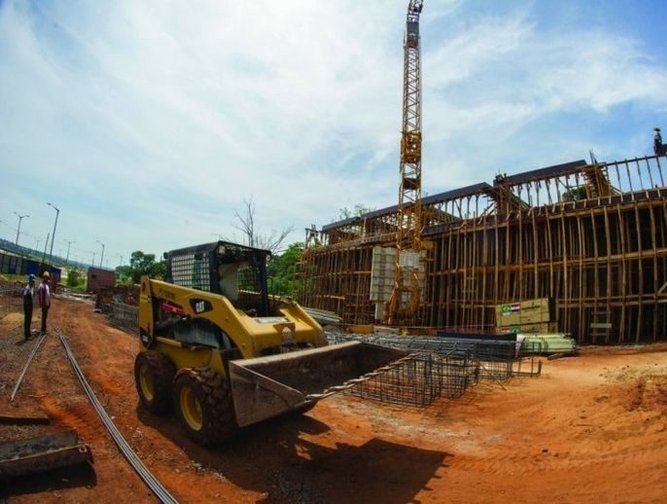