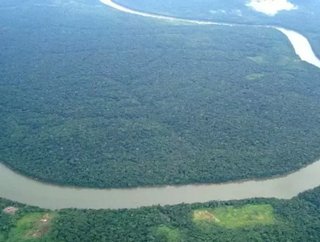 Construction has begun on a 325m observation tower in the Amazon basin from which scientists will monitor climate change.The Amazon Tall Tower Observato...

Construction has begun on a 325m observation tower in the Amazon basin from which scientists will monitor climate change.

The Amazon Tall Tower Observatory will house instruments to gather data on greenhouse gases, aerosol particles and weather patterns in one of the world’s largest continuous rain forests.

The tower’s considerable height will make it possible to investigate the alteration and movement of air masses through the forest over several hundred kilometres.

Brazilian and German scientists will use the data to form a greater understanding of sources of greenhouse gases and to answer questions on climate change.

The tower will be built from Brazilian steel that was transported thousands of kilometres from the south to the site, which is located about 160km (100 miles) from the Amazonian city of Manaus.

Speaking to the Max Planck Institute for Chemistry in Mainz website, Jurgen Kesselmeier, Project Coordinator for the German team, said: "The measurement point is widely without direct human influence, and therefore ideal to investigate the meaning of the forest region for the chemistry and physics of the atmosphere.”

The Amazon jungle is one of the world's most sensitive ecosystems, and has a significant influence on the intake and release of carbon into the atmosphere.

The tower will be integrated into an existing structure of smaller observational towers in the region, and, when finished, will complement a similar observatory built in 2006 in Central Siberia.