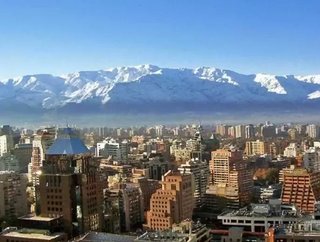 Metro de Santiago has awarded a contract worth &euro;77 million for the construction of the first sections of the new Line 3 of the Santiago de Chile Me...

Metro de Santiago has awarded a contract worth €77 million for the construction of the first sections of the new Line 3 of the Santiago de Chile Metro to a consortium headed by Acciona, also including Chilean companies Brotec and Icafal.

The contract includes construction of 6.7 km of tunnels and accesses to installations for the stations of Cola de Maniobras, Estación Terminal Norte, Estación Cardenal Caro, Vivaceta, Conchalí and Plaza Chacabuco.

The project's completion is planned for the end of next year and it will create over 1,600 jobs at times of peak activity, with an average of more than 900 people employed during the works.

Line 3 has a total length of 22 kilometers and crosses the historic center of the Chilean capital. It has 18 stations and will serve over 660,000 people.

Acciona said its experience and track record in building Metro networks and tunnels in complex environments, both from the engineering and the environmental and social points of view, has landed it the work.

The Spanish company has played a major role in the development of the Metro networks in Madrid, San Juan de Puerto Rico and Medellin. It is currently working on the construction of the first phase of the line 1 of the Quito Metro (Ecuador) and the East Line in Fortaleza (Brazil).

Major tunneling work it has carried out includes the underground routing of the M-30 ring motorway in Madrid and the Legacy Way tunnel in Australia, both located inside cities, the tunnel for the particle accelerator of the European Organization for Nuclear Research (CERN) between France and Switzerland and the high-speed train accesses in Bologna (Italy).