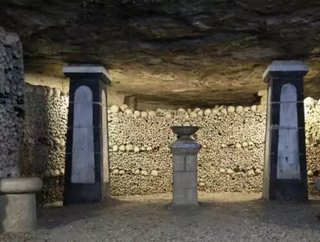 Whether it is to strengthen a citys infrastructure, or provide suitable, more spacious housing, we take a look at underground builds which have boosted...

Whether it is to strengthen a city’s infrastructure, or provide suitable, more spacious housing, we take a look at underground builds which have boosted the local economies in which these builds are situated.

Originally constructed at the start of the 20th century, the Buenos Aires Underground now has six lines after being rapidly expanded to cater for increased demand, incorporating over 80 stations and bus links.

One of the most popular tourist sites within Paris, the catacombs are home to the remains of over six million people, dating back to the 18th century.

The construction of the catacombs under Paris’ local streets has made it impossible for large buildings to be built above ground.

The Underground City within Quebec Province is utilised by millions of tourists and locals within the area, with the build incorporating various retail outlets, cultural venues and business ventures, alongside a sophisticated transport system.

Since its development and launch in the 1960s, the site has been expanded in order to strengthen the city’s infrastructure.

Finalised in the late 1970s, the Underground City in Beijing is now closed, but incorporated a multitude of entertainment facilities, such as theatres, skating and various restaurants for locals and tourists to enjoy.

Originally built as a military defence shelter, the build is situated under Beijing’s main centre.

Originally opening in 1931 with over 20 entrances, Jungfernstieg Underground Station has been developed under local lakes and rivers, and is utilised by millions of locals within Hamburg.

Although the construction date is unknown, half of the Derinkuyu Underground City is now solely open to tourists who wish to visit the area.

Discovered in the 1960s, the structure comprises of several tunnels and is able to accommodate over 15,000 people, with religious areas and rooms to relax or store various goods.