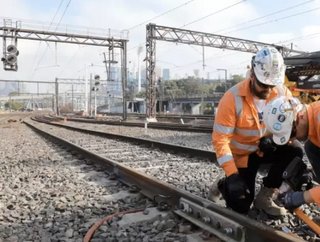 The Australian state of Victoria is undergoing a Big Build construction boom with a slew of road and rail projects underway.

This year’s budget builds on the unprecedented $80 billion Victoria’s Big Build transport infrastructure program, which includes the Metro Tunnel, North East Link and removing 75 dangerous and congested level crossings near Melbourne, all of which will support 50,000 jobs. The $15.8 billion North East Link project alone is expected to create 10,000 jobs and millions of dollars of contracts.

AIO Contracting, an engineering labour hire agency in Melbourne, says the transport construction boom has created a wealth of job opportunities across all types of sectors, including construction and engineering. Principal projects include:

The Australian construction industry is expected to grow by 2.2% in real terms in 2021, up from a decline of 2.1% in 2020, according to ResearchAndMarkets.com

The downturn in 2020 was due to the impact of the pandemic on consumer and investor confidence, coupled with plummeting oil prices and a weak residential sector.

The Australian government has allocated A$15.2 billion ($11.9bn) for new infrastructure projects, according to its budget for 2021/22. Broken down by state:

Infrastructure expert Louise Santos of Pinsent Masons, said Australian governments at both state and federal levels have made infrastructure investment a strong focus in recent years and thankfully that has not changed with the pandemic.

"It is obviously reassuring for the sector that the federal budget includes firm commitments to these major projects and more certainty around the future pipeline in otherwise uncertain times," she said.

"However, the challenges of capacity constraints in the construction industry and appropriate risk allocations remain, and contractors will be waiting to see if any innovative thinking will come from government to help overcome these hurdles."