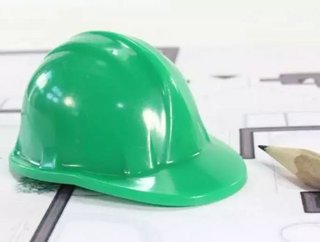 Almost half (46 percent) of firms in the construction industry will feel the financial impact of new pay legislation affecting apprentices aged 25 years...

Almost half (46 percent) of firms in the construction industry will feel the financial impact of new pay legislation affecting apprentices aged 25 years and over, according to a recent survey.

The survey was conducted by the UK’s leading construction payroll provider Hudson Contract, which polled companies on the new legislation which will see the wages of apprentices aged over 25 increase from £6.70 to the national living wage of £7.20 in April 2016.

The research discovered that 24 percent of firms in the construction sector don’t know about the impending legislation change, whilst 30 percent of those surveyed will be less likely to employ an apprentice who is aged 25+ due to the financial pressure brought on by the wage rise.

This is despite 24 percent of construction employers stating that they see apprentices aged 25+ as being more experienced, whilst a quarter consider them to be more reliable than younger apprentices.

When it comes to the age debate, 81 percent of firms said that they employ apprentices under the age of 25, with 47 percent claiming their apprentice stays with the business for up to three years after completing their apprenticeship. This compared to 34 percent who stay with the company for up to five years and 14 percent who last up to 10 years – proving that apprentices are still seen as a long-term investment and vital to bolstering a talented workforce.

Ian Anfield, Managing Director of Hudson Contract, commented: “With the construction industry one of the biggest apprenticeship employers, we wanted to gauge the opinions of our building clients across the UK who will ultimately be impacted by the new legislation.

“Despite the findings indicating that nearly half of firms will be hit financially by the legislation and around a third may potentially be deterred from employing an apprentice aged 25 and over, it was reassuring that 42 percent of firms will employ an apprentice based on ability, rather than age.”

Businesses looking to see the full results of the survey can view them at http://www.hudsoncontract.co.uk/resource-centre/new-apprenticeship-pay-legislation/