Construction gets underway at Dundee V&A 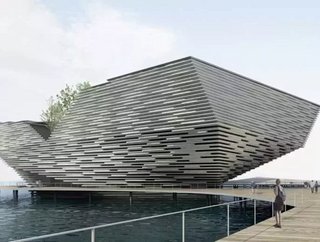 Construction at the Dundee V&amp;A is due to begin next month, with BAM Construction taking the lead with the project.Contracts between Dundee City Coun...

Construction at the Dundee V&A is due to begin next month, with BAM Construction taking the lead with the project.

Contracts between Dundee City Council and contractor BAM Construction were signed on Thursday and work will begin next month.

Dundee City Council administration leader Councillor Ken Guild said: “I am delighted that work to create a world-class museum and visitor centre will start soon at the heart of our central waterfront.

This project will help to attract further investment into the city and we are already experiencing unprecedented levels of investor interest in Dundee.

Construction of V&A Dundee will give our economy a significant boost and help to create hundreds of jobs. The building project itself will also bring considerable attention to Dundee as the vision of architect Kengo Kuma takes shape.”

V&A Dundee director Philip Long said: “This is a thrilling moment in the development of V&A Dundee. It’s very important to acknowledge all the work done and contributions made over the last years and months that has led to the signing of this contract.

“As a result, everybody will soon be able to see work begin on the construction of this major new museum at the heart of Dundee’s waterfront.”

Doug Keillor, regional director of BAM Construction in Scotland, said: “This is the most unique construction project that my team have ever been involved in, both in architectural vision and in the way it will be built.

It’s challenging, but in a good way. Watching it take shape over the next few years using a combination of local, national and international expertise, will be very satisfying.”

The project has been dogged by controversy since the reveal at the start of the year that the project was more than £30 million overspent before construction had begun. Culture Secretary Fiona Hyslop told MSPs in January that a ‘fixed price’ deal had been agreed with contractors.