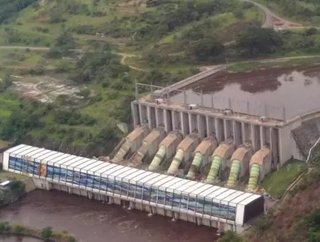 The worlds largest dam, situated on the River Congo, moved one step closer as the Democratic Republic of Congo government looks to fast track the projec...

The world’s largest dam, situated on the River Congo, moved one step closer as the Democratic Republic of Congo government looks to fast track the project.

The $14bn Inga 3 project will span one channel of the river Congo at Inga Falls in the first part of a $100bn project that could see electricity generated within five years.

40 percent of Africa’s entire electricity output could be generated by the completed project claim the backers of the project. The fast tracking is part of a contract signed by the South African government to supply 2,500MQ of electricity from the Inga 3 by 2021.

The government looks set to appoint two of China’s largest dam builders by August, with construction beginning in November.

Concerns have been raised over the impact the construction would have on the local economy and environment, as 35,000 people may have to be relocated as part of the build.

There will also be no environmental surveys taking place before the build, with Bruno Kapandji, head of the Grand Inga Project Office, admitting that some surveys and tests may not be conducted.

“It is a choice to make, people have no electricity. We set an objective – we have to produce energy,”

“There are a lot of studies to carry out, at least 18, and we favour some over others based on priority, and to allow us to... develop a tender document that will be technically and financially acceptable.” He said.