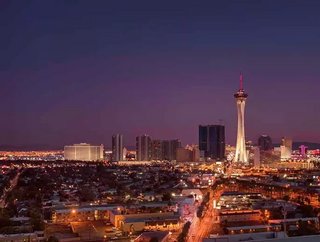 An array of construction projects currently ongoing or planned has provided Las Vegas with an economic lift. According to the Washington Post, some $5...

An array of construction projects currently ongoing or planned has provided Las Vegas with an economic lift.

According to the Washington Post, some $5bn of construction investment has been channelled into the American city in recent times.

Much of the work has and continues to revolve around hotel construction and renovation, the most striking example being at the Monte Carlo, which is undergoing a huge redevelopment after signing a deal with MGM.

The work, which is set to complete in the autumn, will see the opening of Park MGM and NoMad Las Vegas hotels under the same roof.

Costing some $550mn to transform, the new venues will comprise of 2,604 rooms, three pools inspired by a French Riviera theme, an Italian food hall and more than a dozen restaurants headed up by marquee chefs.

Beyond hotels, the site will still house two casinos and will also boast a conference centre and 5,200-seat theatre.

Another renovation project is taking place at the city’s convention centre, which hosts internationally-renowned events such as the Consumer Electronics Show.

Other landmark hotels, such as Caesars, are also making plans for revamps.

The city has also become a sporting hub in recent years following the opening of a brand-new sports stadium in April 2016. Costing $375mn to build, the T-Mobile Arena also hosts a variety of entertainment acts.

In the realm of transport, governing authorities are considering a proposal for a $750mn light rail project connecting the city to McCarran International Airport and the University of Nevada. Proponents says the system could generate $2.8bn in investment through the 8.7 mile stretch it covers.