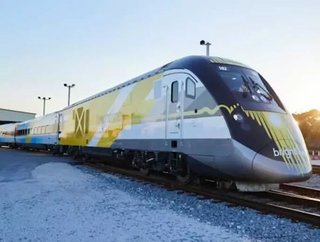 Virgin Trains USA confirmed its construction of a high-speed Las Vegas-to-Los Angeles rail link is aiming for completion by 2023.

Virgin Trains USA Vice President Bob O’Malley told delegates at the Nevada Economic Development Conference that design work was 30% complete and that the proposed line between the Las Vega strip and Victorville, on the northeast outskirts of Los Angeles, would be using the Virgin Trains’ Florida project as its model. The line will span 298km with trains travelling up to 240km per hour, which would clock a journey time of approximately 75 minutes.

O’Malley said the company was currently seeking financing for a line that could serve up to 22 million travellers per year, offering transport between cities that are “too close to fly, too far to drive”.

The project originated when Miami-based railway developer Brightline purchased XpressWest who were involved in a failed bid to build the line with a Chinese consortium. Virgin Trains subsequently entered into a strategic partnership with Brightline in 2018 who pledged to build the project using American technology.

Virgin boss Richard Branson commented at the time: “We have had a lot of fun and success creating innovative transport businesses that shake up markets and establish loyal followings. We transformed domestic air travel with Virgin America. Tens of millions of Americans travel on the railways every day, and we have tried for over a decade to find an opportunity to provide them with that same excellent service experience.

“Brightline is at the forefront of innovation in this market, and the ideal partner for Virgin to work with to alter perceptions and traveling habits across the United States.”