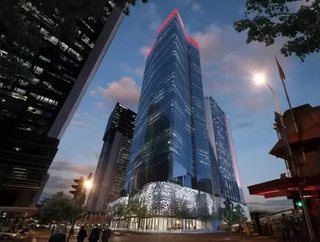 Multiplex, the international construction contractor, has been awarded a contract in the region of £180m to work on the second of three towers at the B...

Multiplex, the international construction contractor, has been awarded a contract in the region of £180m to work on the second of three towers at the Brisbane Quarter Project.

The contract will see the construction of a 42-level commercial tower, which will provide 48,342m2 of space. The news comes as the second contract for Multiplex on this project, after Multiplex was previously awarded a $200m contract to build the first W Hotel in the quarter standing at 31 storeys tall.

The Brisbane Quarter is a $1billion project from Shayher Group.

Shayher Group director John Lin said: “Multiplex’s extensive experience across large-scale and complex projects has impressed us and they understand the importance of delivering high-quality outcomes, which is a perfect fit for the world-class 300 George Street project.

Multiplex’s regional managing director for Queensland Graham Cottam added: “Brisbane Quarter is an outstanding integrated development already having a significant impact on the Brisbane skyline and we are delighted to be a part of it, both with the W hotel component we are currently constructing and now with the commercial tower.

The tower has been earmarked for a 2019 completion date.

Also referred to as 300 George Street, the Brisbane Quarter is a $1 billion-plus precinct project from Shayher Group, which will offer space for lease in both office tower and retail areas, while the aforementioned W hotel tower is well under way, and the latest residential tower is still to come.

The quarter will include:

262-metre (860 ft), 82-storey residential Tower 1 on the corner of North Quay and Adelaide Street. The tower, designed by Zenx Architects, will include 428 apartments. It will become Brisbane's second tallest building when completed;

127-metre (417 ft), 36-storey five-star Tower 2 on the corner of Ann Street and North Quay. The tower, designed by DBI Architects, will be occupied by W Hotels and will include 305 hotel rooms, presidential & executive suites, health spa with pools.

The quarter will also contain a retail shopping mall, that will include a master ballroom, conference facilities and retail stores is proposed underneath the towers on the first three floors.

Shayher Group general manager Peter Sia called the mixed-use precinct “quite unique” for the city. “Brisbane will be on the world stage, attracting international and interstate visitors and will be a signature destination for the business community and local residents,” he said.